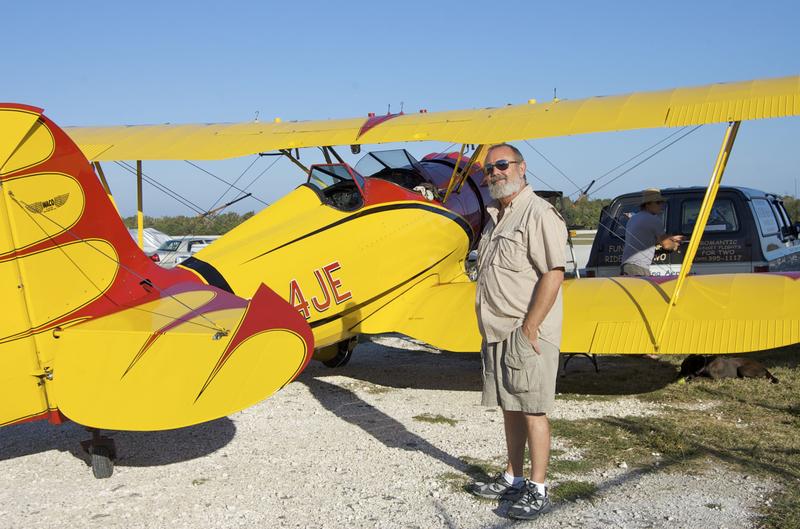 
Is it a rule that tour pilots must also be comedians? When we took a helicopter ride in Grand Cayman a couple years ago, our pilot was hilarious. Today we hired a local biplane owner to give us a ride around the Marathon, and once again we got a funny guy.


I’m not saying this is a bad thing, the guy really was entertaining while at the same time making us feel confident in his skills, and he gave great tour. Here are some pics.

Squeezed in like sardines, we were. You can’t really see it in this picture, but there’s a cut-out in the side of the plane where Dianne is sitting (to facilitate getting in/out). This didn’t help her already acute anxiety over this little adventure. 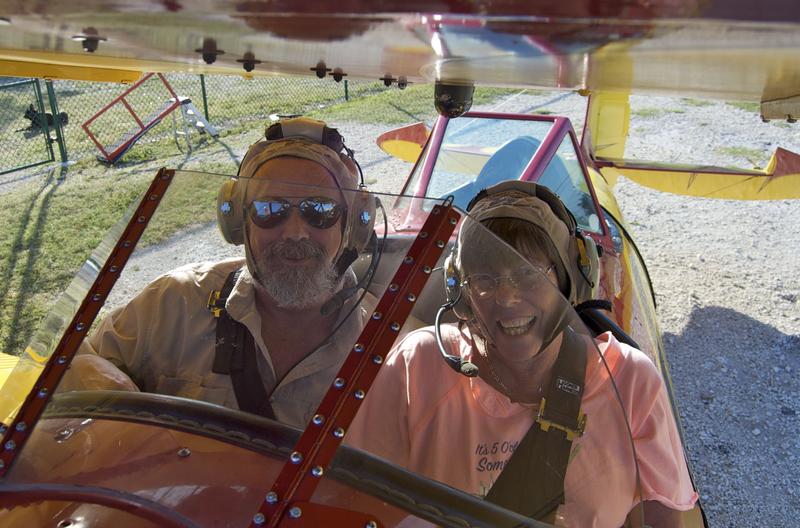 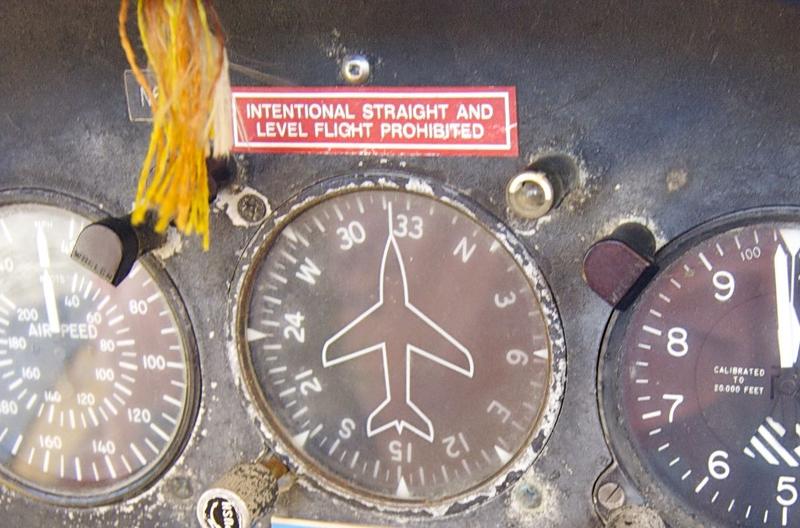 A short roll down the runway, and we were airborne! At first it was uneventful, straight and level much as the sign said was not allowed. But before anyone got too comfortable our pilot pulled back on the stick and up up up we went!
Taking pictures was a challenge since I had to hold the camera out in the 100 MPH airstream and the plane had struts and cables and wings everywhere to get in the way, but here are a few shots. 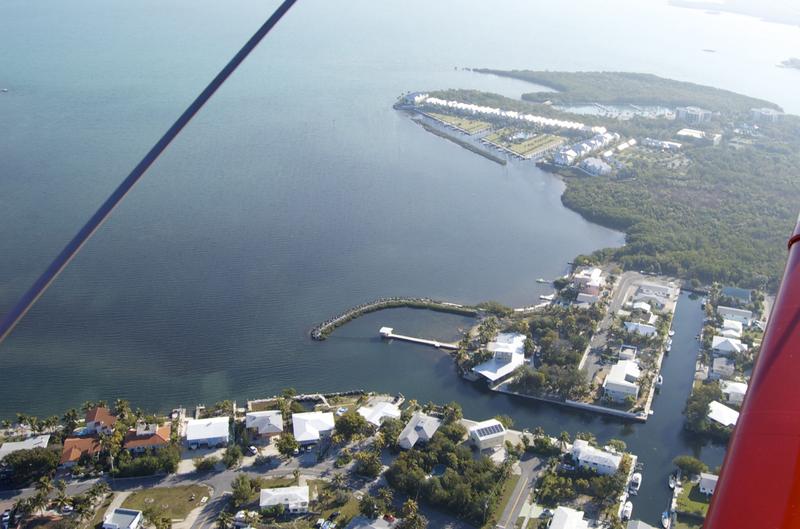 About this time I looked over at Dianne to point some highlight out to her, only to find she had her eyes screwed shut. When I  nudged her she shook her head quite firmly to indicate she wasn’t ready to look. 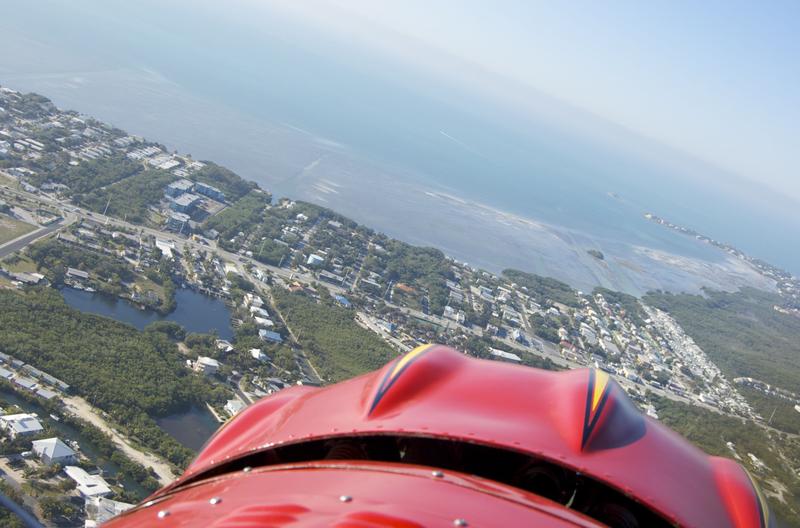 Before long she was watching, if not completely enjoying, as we flew out over the 7 Mile Bridge that I’d just walked the day before. 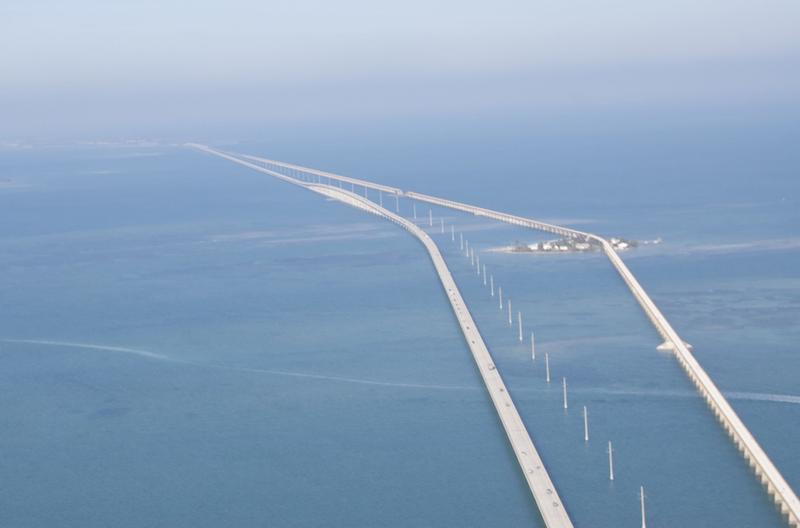 Did I mention it was hard to find a clear spot to get pictures? 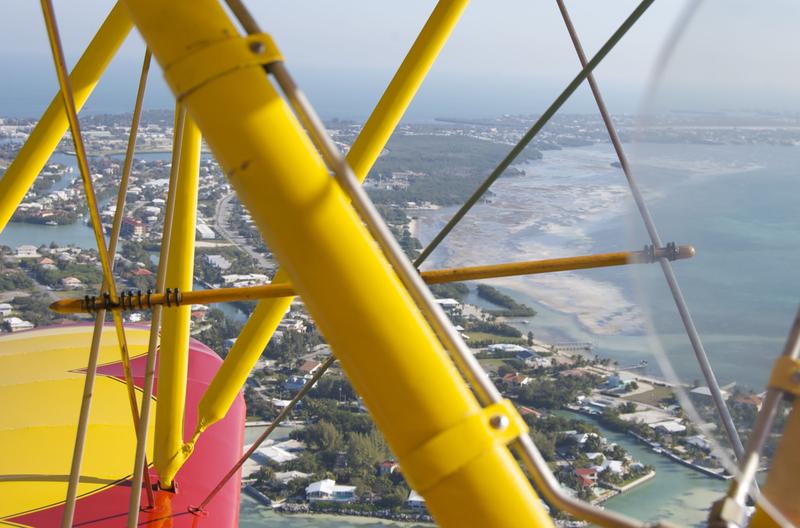 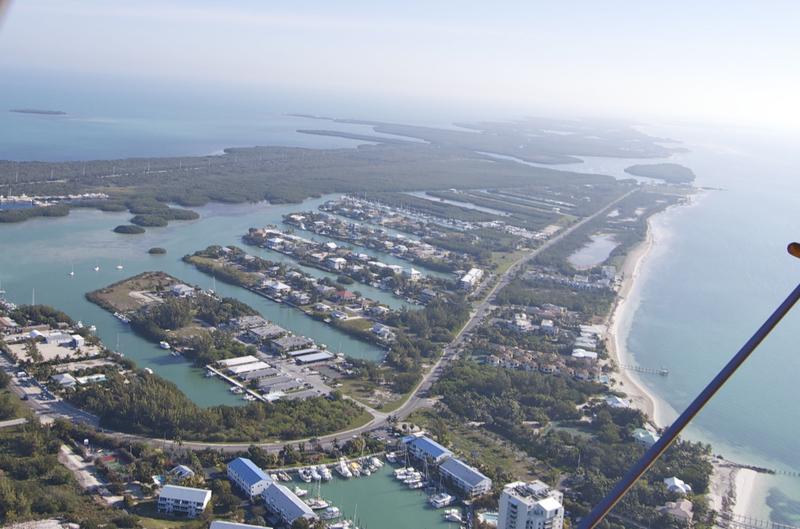 I know that road! 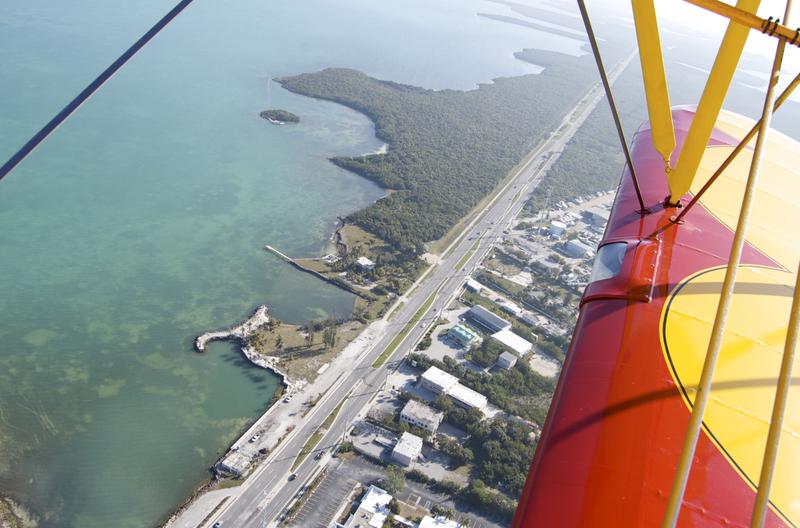 A short 20 minutes later, we lined up on the runway and came back to Earth. 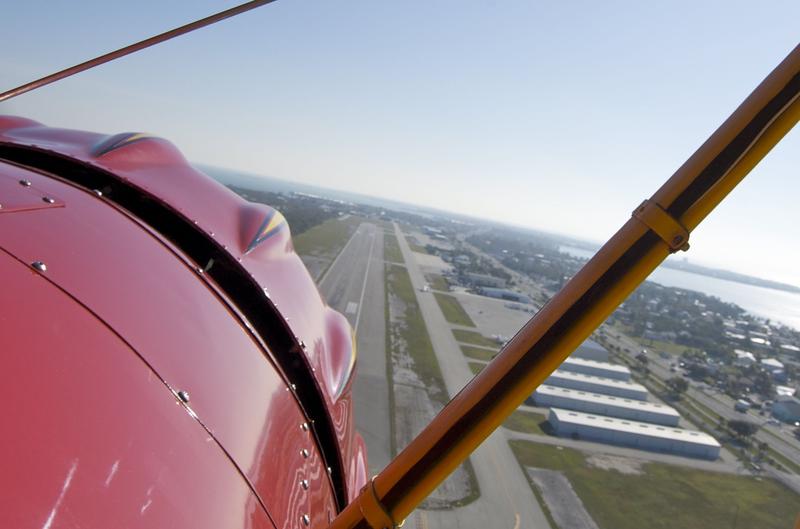 Did I mention our pilot was a joker? Complete with fake hillbilly teeth. 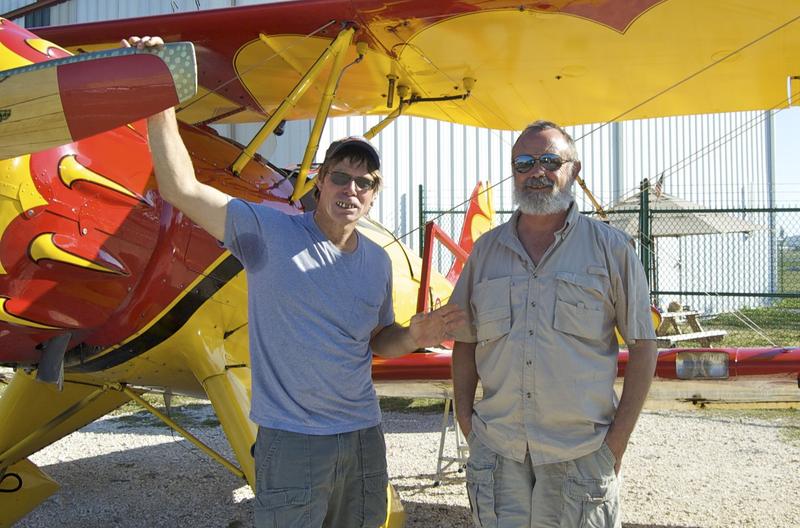 Parting shot. Me still all geeked from the flight and Dianne wishing she’d taken a couple Xanax beforehand. 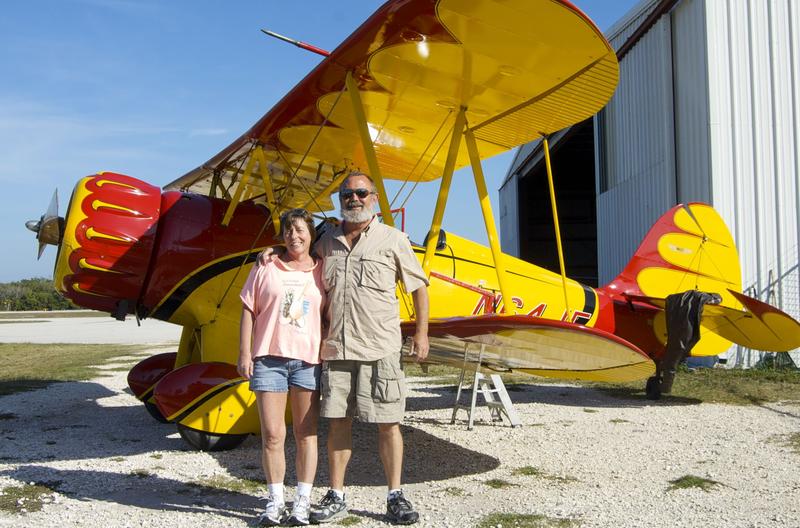