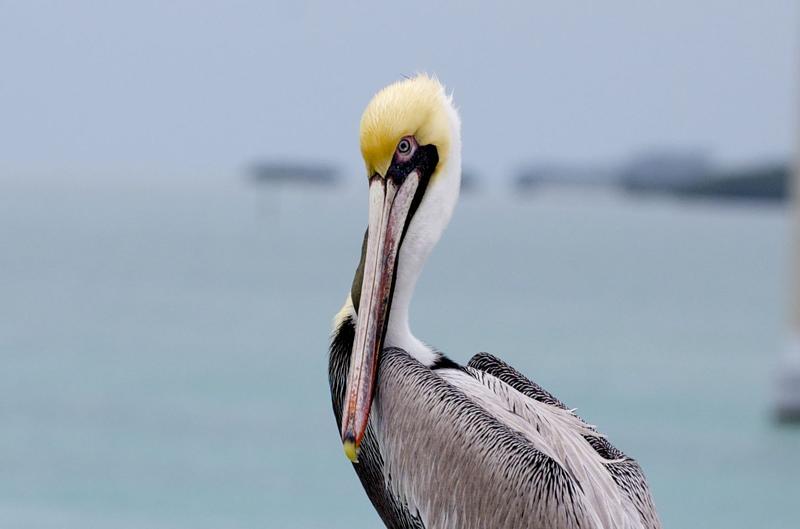 After re-reading my own posts from each day of the trip, there are some things I want to add to more fully describe the experience and to answer questions I’ve been asked.

Road noise. While most of the walk was within sight of US 1, every single step of the walk was within hearing distance of US 1. Road noise was a fact of life the whole way. Most of the time it wasn’t too bad, tolerable even at worst, but except for moments when there wasn’t any traffic going either direction, I could always hear the road. I knew this before I started, but it annoyed me more than I thought it would. As a result, starting with day two, I wore earbuds and listened to music on my phone at least half my walking day. I kept the volume low enough that I could still hear traffic and I really enjoyed those hours more than I would have without.
I mention this mainly because several people have said to me that they’d like to try something similar to my walk. It’s something to consider. Also, is it odd that I listen to the same music walking that I do when driving? I thought I might like slower music, but I kept going back to driving rhythms.
Garbage. In particular, plastic water bottles. and plastic grocery bags. What the hell is the matter with people? There were many miles of my walk where both sides of the road were lined with mangrove trees and the trash got caught up in their roots where it’ll stay until the next big storm. You can’t see much of it from a car, but believe me, it’s there.
There were some oddities in the assortment of trash that I saw. Aside from the motel room safe (see Monday’s post) I saw at least  four of those big magnetic car door signs advertising realtors, political candidates, and etc. I also found a couple casino tokens while crossing the 7 Mile Bridge and I found a nice pair of needle nose pliers left on the rocks by the water.
Enough About Garbage! Here’s some beauty. 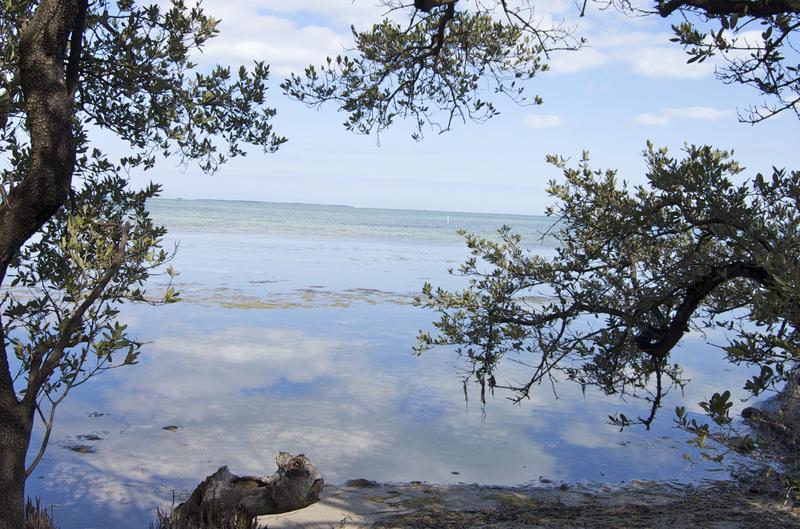 Swerving Drivers. Whenever I walked close to the road, I walked on the left side facing approaching traffic. I observed a peculiar and slightly disturbing phenomenon countless times during that week. I’ve long heard that a driver tends to steer in the direction he’s looking at and indeed, I witnessed many cars swerve slightly towards me and then as quickly swerve back. This would happen when the driver first saw me walking on the side of the road towards him. It was unnerving at first but without fail the car would correct its course almost immediately.
“Season” In The Florida Keys. Tourist season in the Keys is roughly November through March. If you’re going to visit during season, you’ll find accommodations more expensive and more likely to be subject to minimum stay requirements. Out of season is cheaper, but also much hotter and more humid. The weather for the week I was walking averaged in the high 70s with lows at night in the low 60s. If I’d gone next week instead (1 month later) it would have likely been mid 80s in the day and mid 70s at night with 80% humidity all around. That would be a much more difficult walk.
The Heritage Trail. I mentioned this state project back in my very first post. It’s billed as ultimately becoming a 120 mile mixed use bike/walking trail. Parts of it are done, other parts are under construction, but most of it is non-existent at this time. Where it does exist as more than just a sidewalk, notably several miles secluded from the road in Marathon and several pedestrian bridges, it is very nice indeed. I hope the state does find the means to keep improving the trail.
“Out of the Way” Discoveries. One of the things I was sure would happen was that I would find things worth seeing while walking that I had missed the dozen-odd times I’ve been by in a car, and indeed, that happened several times.
Notably, the Florida Keys Wild Bird Center that I came upon the first day (see the 1st Saturday post), the Layton Nature Trail, the No Name Pub in Big Pine Key, the biplane ride with Conch Air in Marathon,  and more. At that, I only scratched the surface. There were roads I didn’t walk down because it was late or I was tired or I simply didn’t know what was at the other end. For all I saw, I only saw a tiny bit.
About that No Name Pub in Big Pine Key, a lot of patrons have signed and decorated dollar bills and attached them to the walls and ceiling of the pub. A lot. We had a couple beers and a pizza. It was yummy. 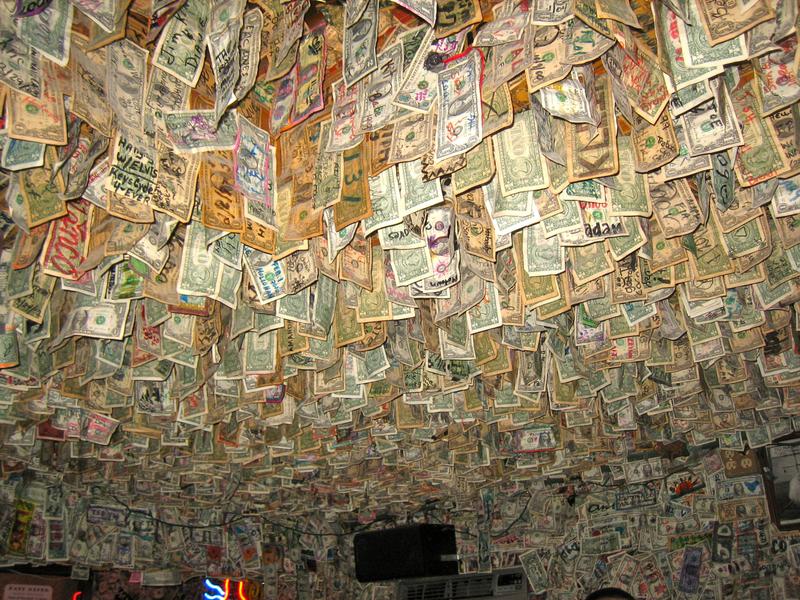 Was It Worth It? Yes, absolutely. My goal was to see the entire Florida Keys in a way that could never be done in a car. I certainly did that. Would I do it again? No, not without some compelling new reason to do so. Would I recommend it to others to try? Sure, why not? There seem to be two types of people in the world. Those who, upon first hearing of this idea, think it’s brilliant and those who think it’s completely stupid. You know what you thought, right?
My Unfailing Good Fortune. I can’t not comment on the importance of good luck. Lucy and I have an outstanding track record organizing and executing vacation plans, and this one was no exception. But while it’s true that we plan and do all the right things, we are also consistently lucky. Our cars didn’t break, our reservations didn’t get lost, and so on. That kind of good luck is hard to replace and I don’t take it for granted!
One last note of thanks. To my wonderful wife who made this so much fun. To my friends and cow-orkers who listened to me plan for months before the trip. To everyone who read this blog and said nice things about my writing. Thanks!
What next... 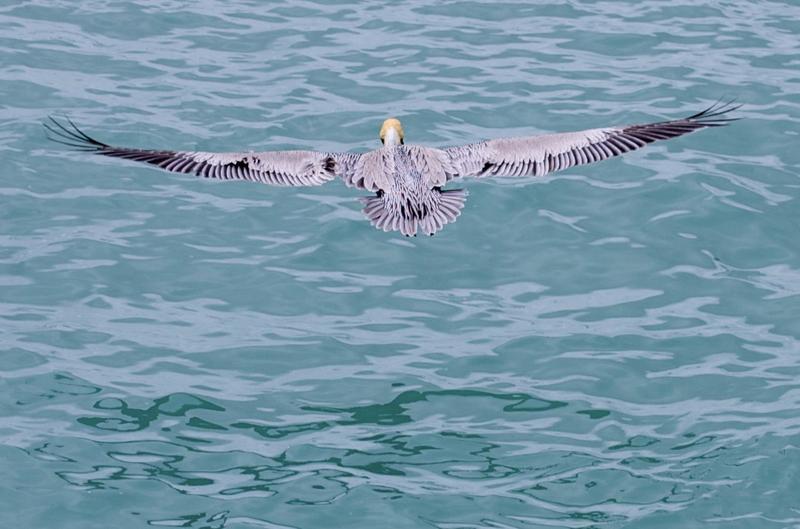