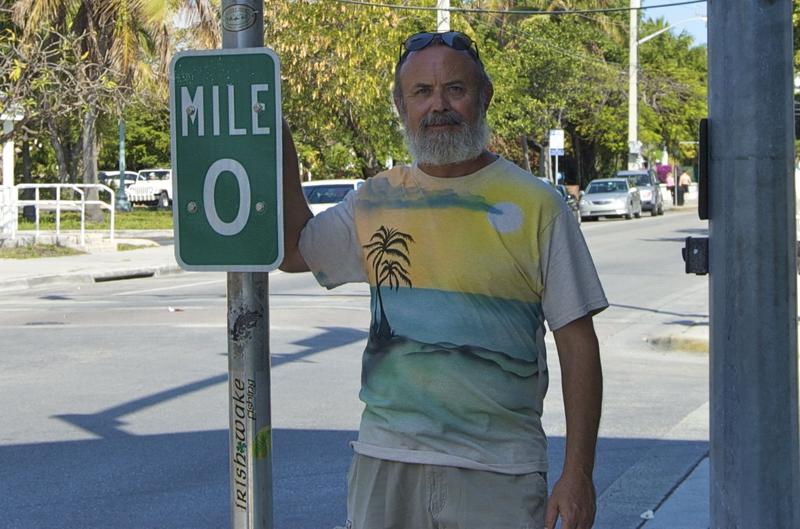 
And just like that, it was over. As I walked the last few blocks with Lucy, a part of me didn’t want to get to the end just yet, but a larger and more sensible part of me wanted to call it done. At about 10:20 am I touched the Mile 0 signpost and it was over.

What a strange vacation this has been! I want to thank my wonderful wife for the support duties she so capably performed. She was responsible for all lodging and transportation and without her, this would have been a vastly more difficult trip.
As I walked, I used the voice notes thing on my phone to remind myself of odd bits I wanted to write about later, so there will be at least one more blog post after this one. Until then, here are my pictures from the last day.
US 1 somewhere around mile 3. 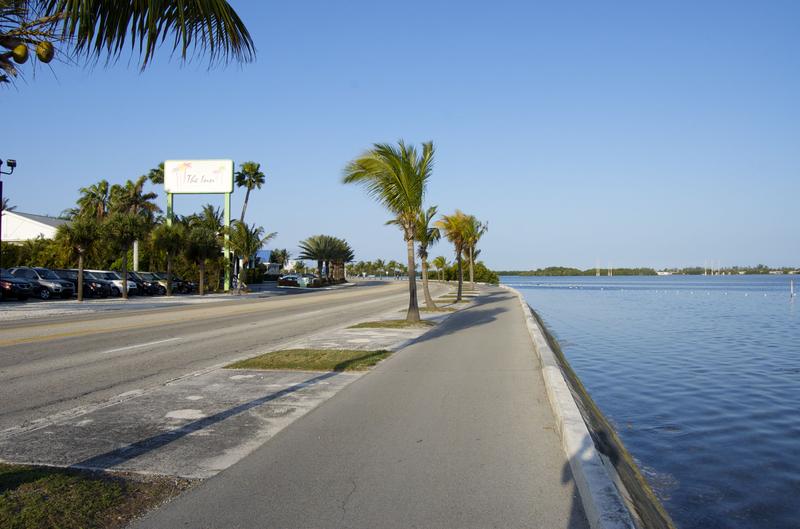 A mile or so after that picture above, I walked past the resort we were staying at. It’s call “Banana Bay” and we liked it a lot. More pictures of the resort are in the albums (link at top of page), but here’s a nice shot of their marina. 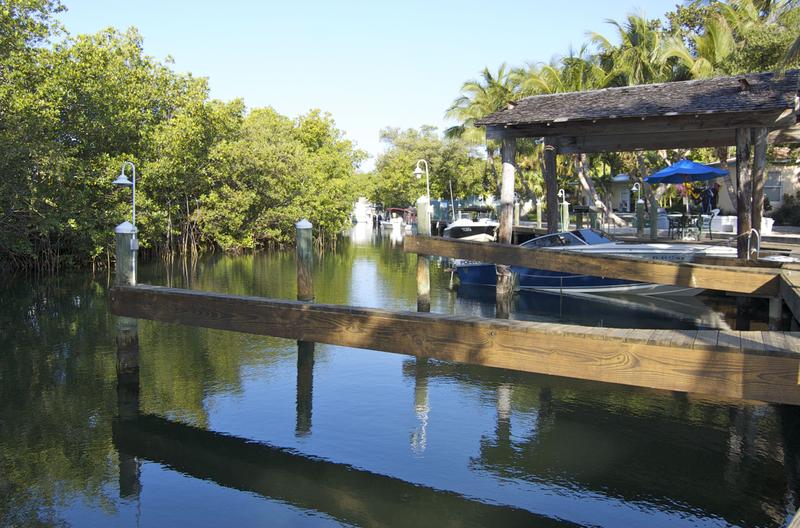 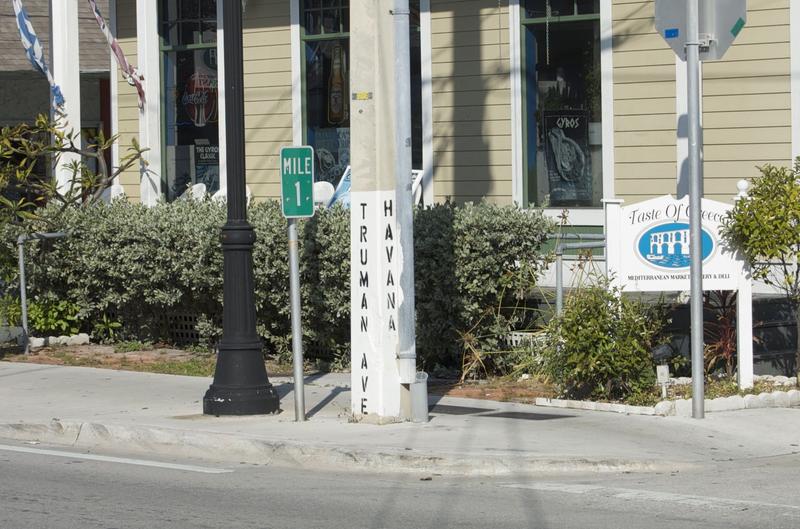 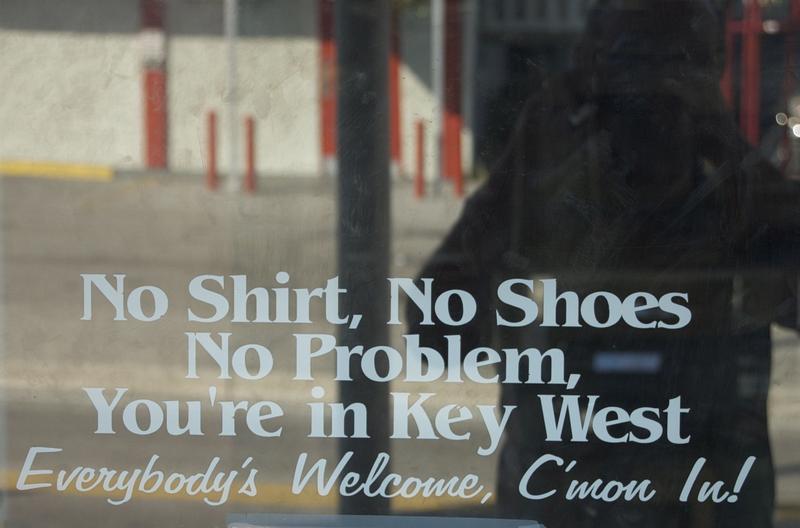 We’ve been here 7 or 8 times before, and every time it’s been Duval St where we spent all our time. Today I didn’t even look sideways as I crossed it on US 1! 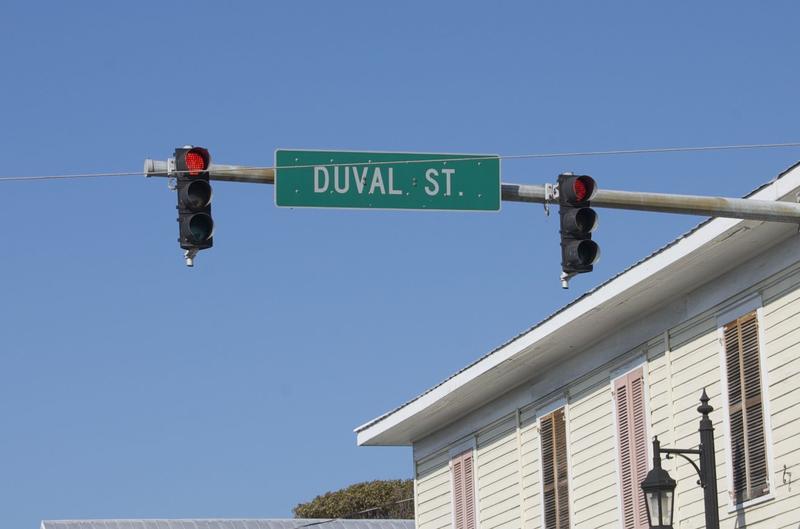 So now I’m about 1/2 mile from MM0 and I come across the Hemingway House. All those prior trips to Key West, and I’ve never visited, so I detoured for a tour! It was nice, lots of old furniture and pictures and rooms that look like this. 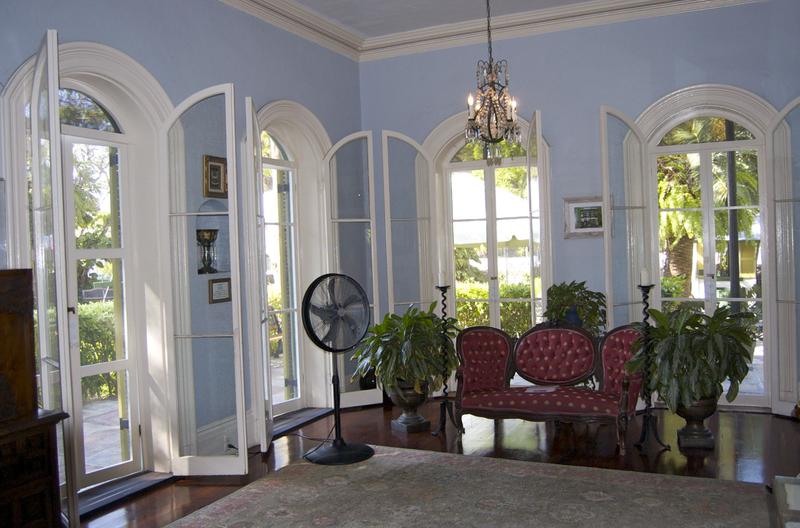 To be expected, but still fun, there were cats everywhere. Gotta love a museum that allows cats to sleep on the exhibits. 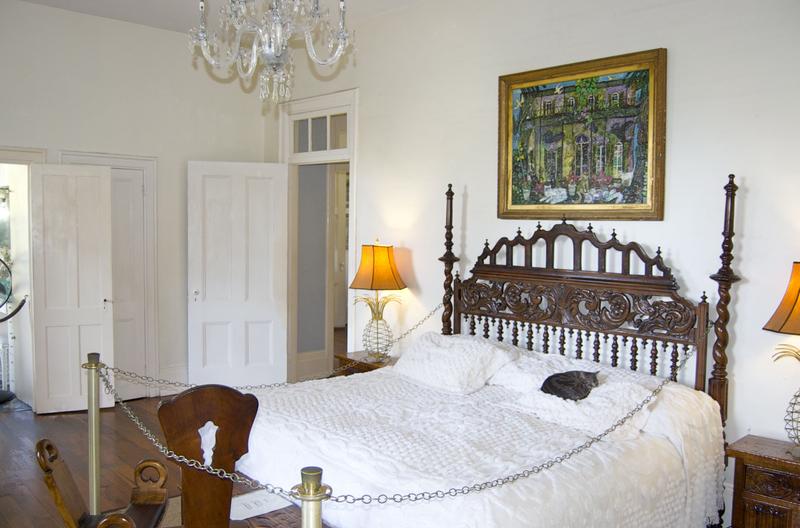 There were dozens of cats, all supposedly descended from Hemingway’s own, many of them exhibiting the polydactal trait. The most remarkable thing about them was their absolute nonchalance regarding the constant flow of people through their environment. No amount of “here kitty kitty” would get them to even look at me. 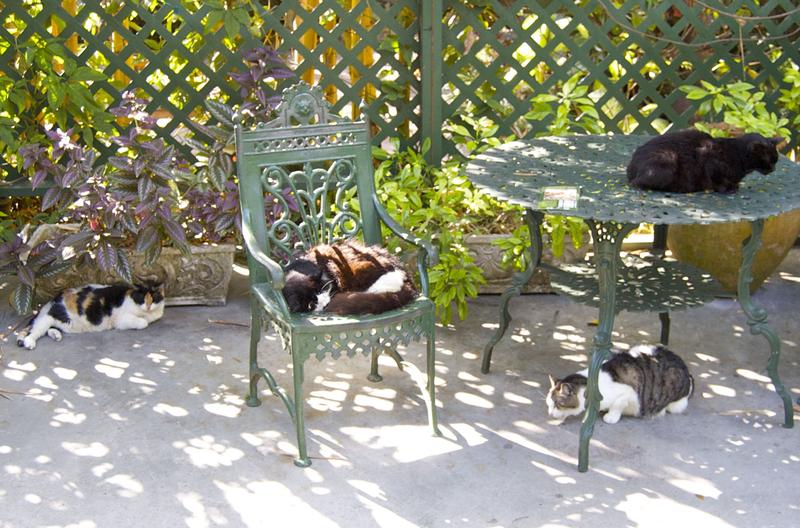 Coming out of the Hemingway House, I was greeted by a wonderful surprise. Lucy had snuck past and walked back to meet me for the walk to the end. So much of what was good about this trip was because of her efforts that it was perfectly fitting that she joined me for the end. 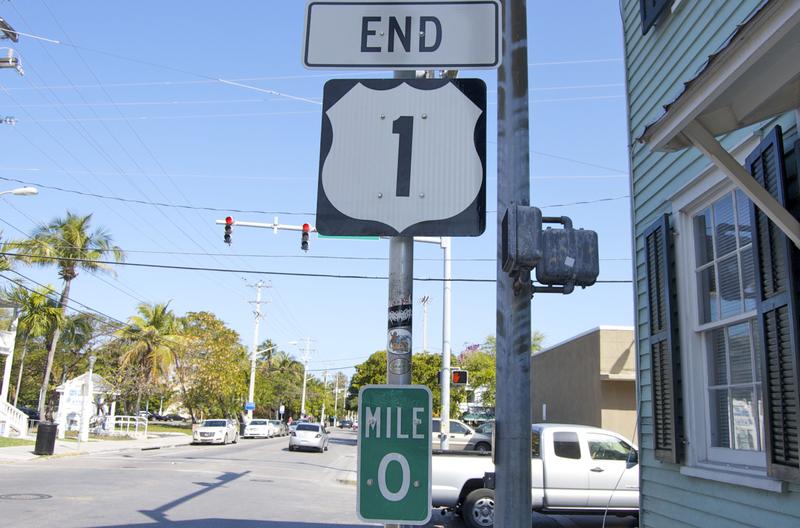 Almost. There will be at least one, and maybe two more posts in the next couple days. Stay tuned!