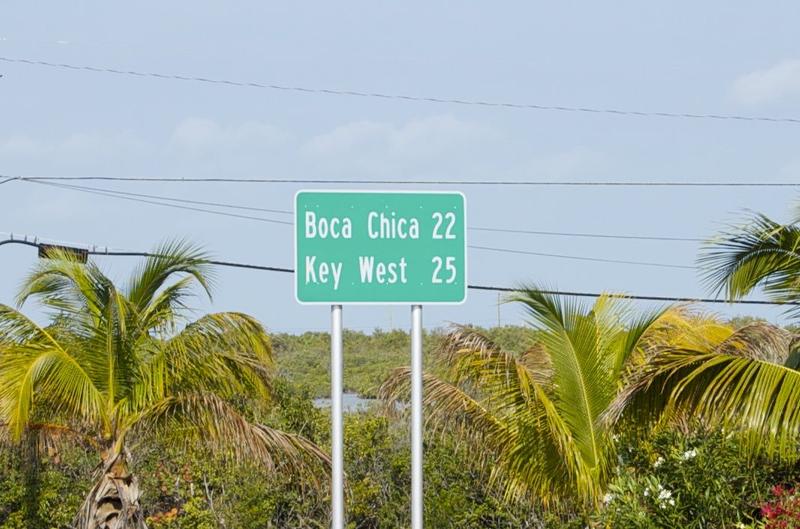 
Remember the similar sign I saw on my first day? I’ve made some progress!
I walked 15 miles today, which halved the remaining distance to mile zero. Tomorrow I plan to walk 10 miles which will put me at the east end of Key West and leave me with a shallow leisurely 5 mile walk to mile zero on Saturday.

Today’s walk was probably the least pleasant of the trip. For the last 10 miles there wasn’t any sidewalk or trail and I spent a lot of time either walking in rip rap along the shoulder or on the asphalt edge of the road. Throw in a dozen bridges, most of which had no special pedestrian bridge, a lack of unique picturesque things to photograph, and you have my day. Mostly I just kept walking to get it over with.

There were a few surprises and odd or pretty things to point the camera at, so here we go. First up, this is called an Oyster Plant. I’ve got some growing in my yard at home but I’ve noticed from my first day here that they grow much bigger in the Keys. I’ve never known why they are called Oyster Plants, but today I think I’ve found why. These plants are growing pods at their base that look like oysters! My plants at home have never done this. 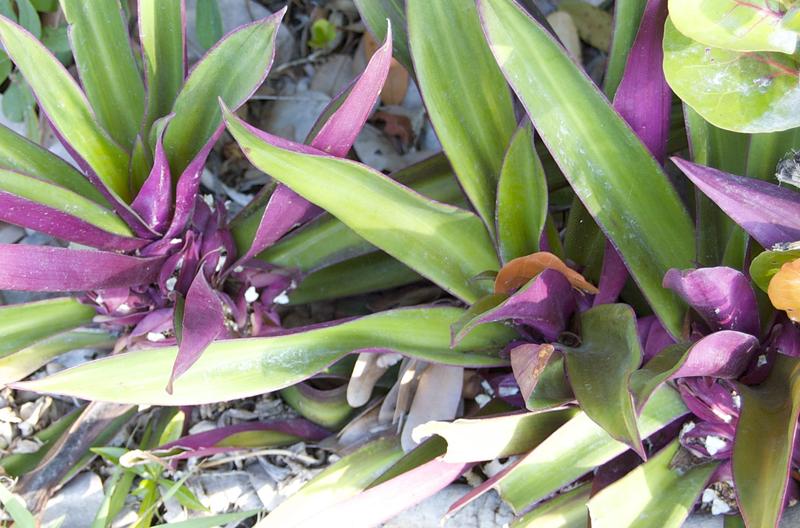 Here’s a picture included for no other reason than I thought it was pretty. 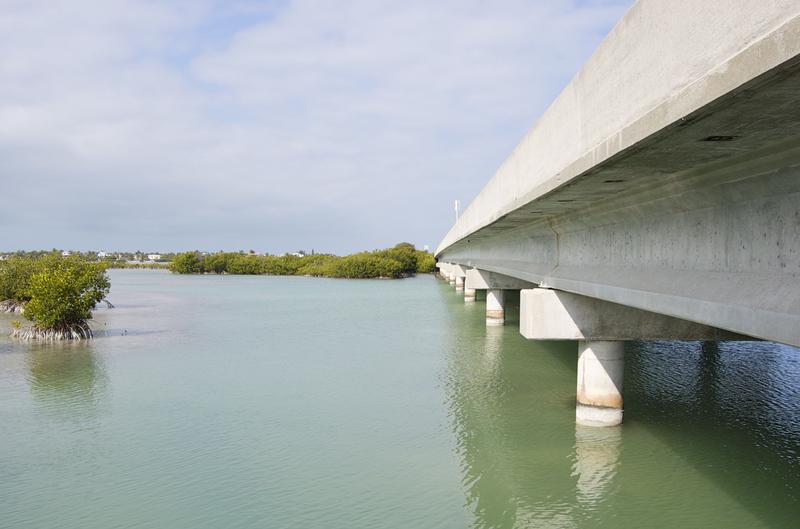 Fishermen along a pedestrian bridge. Notable because the guy on the left doesn’t have a pole. He was winding his line on a big spool and casting by hand. I didn’t see him catch anything, but I have to admire his traveling light skills. 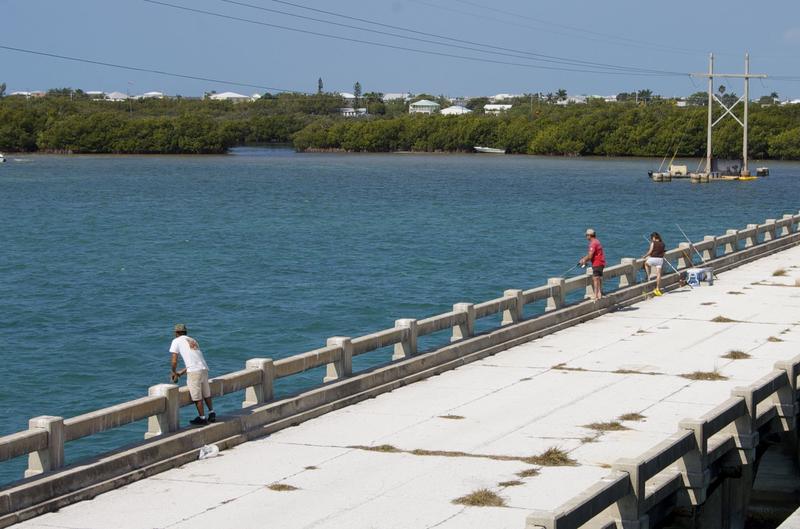 To all my Sarasota friends who might (or might not) know that the Mote has a facility down here, here it is, somewhere around mile 24. 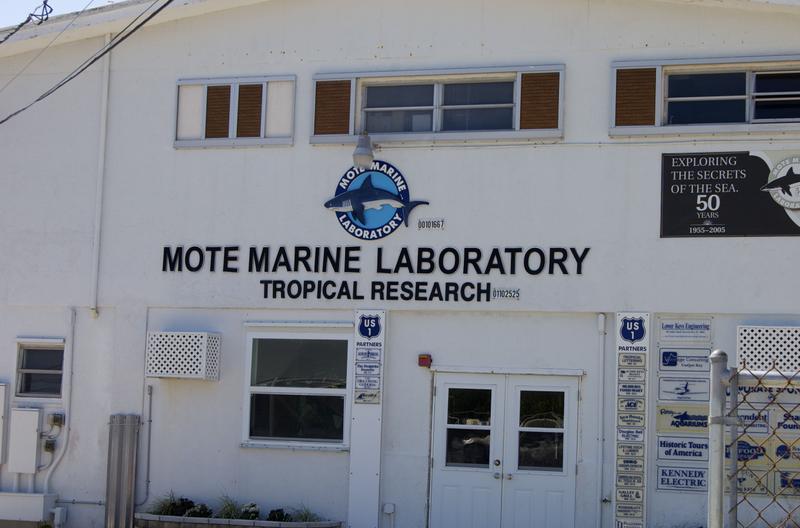 One funny note. About the time I was passing the building above, a guy came out of a building and approached me. He said he’d seen me a couple days ago crossing the 7 Mile Bridge, and just wanted to ask where I was headed.  I had wondered if anyone who drives this road ever day had noticed me working my way west.
Anyone need some coconuts? No idea how they came to be lying like this along the road with not a coconut tree within a hundred yards. 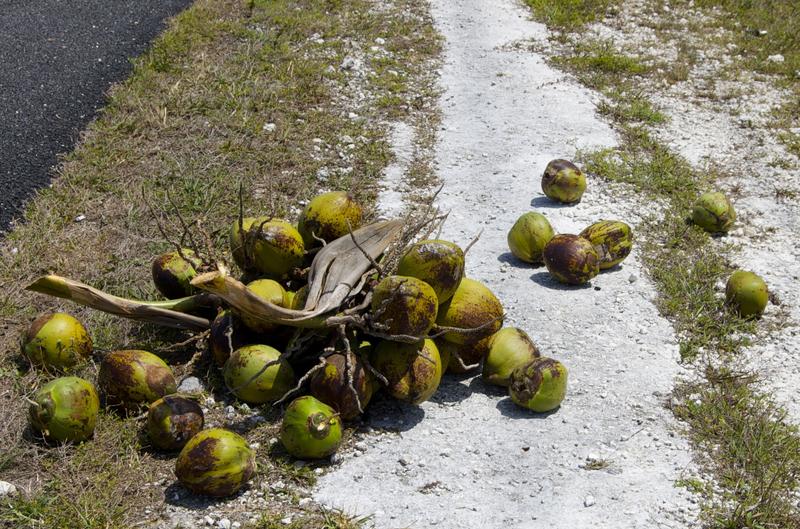 Heh, I haven’t posted any pelican pictures in days. Here ya go! 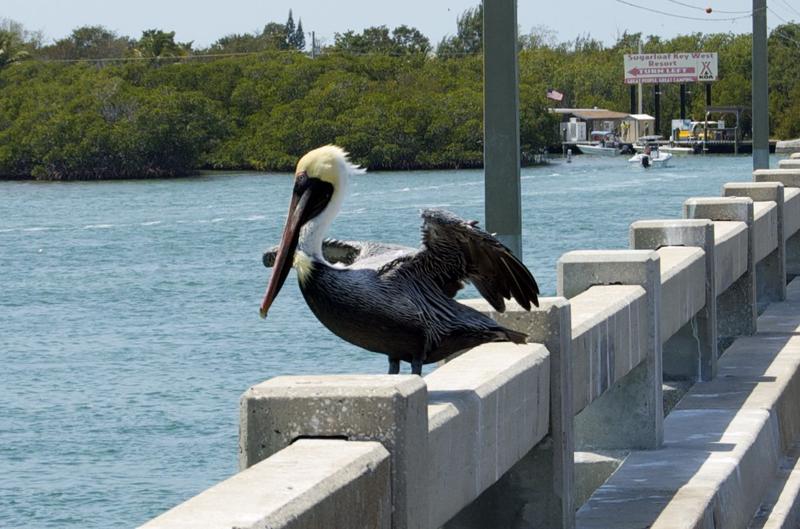 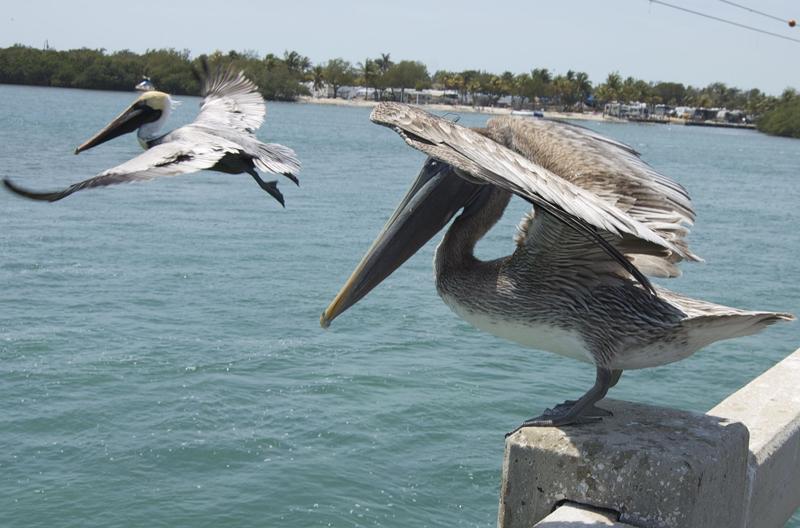 And that about wraps up my day, except for one unusual detail right at the end. When I got to mile 16, I called Dianne to ask her to start my way to pick me up at mile 15. Much to my surprise, she had already drove to mile 15 and was walking back towards me! I can’t believe I didn’t see her car go by, but there she was! She got her own taste of walking over a bridge and didn’t like it at all, but it’s always nice to see her coming my way. 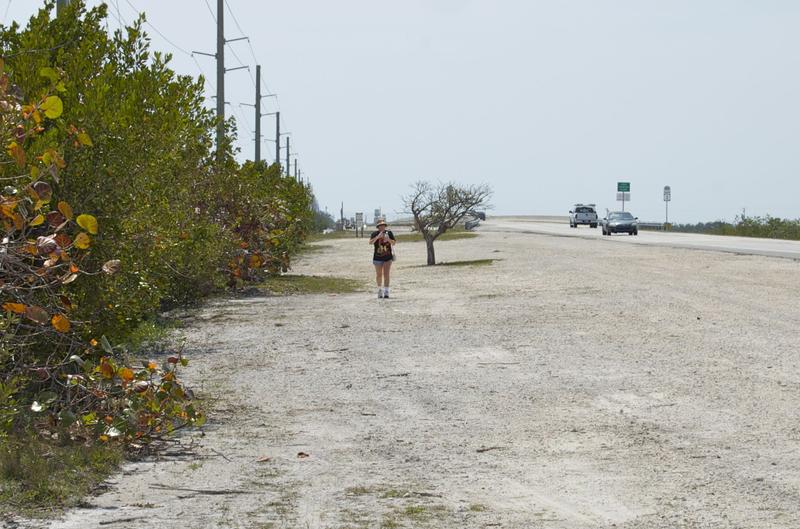