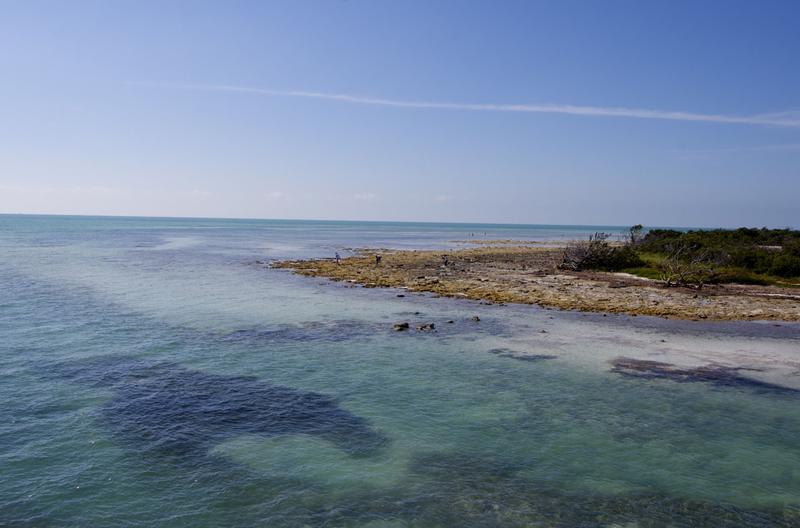 
After our adventure in the biplane this morning, I was ready for a short walking day and only traveled 10 miles.


What’s funny about that is just a couple months ago, 10 miles sounded like a really, really long walk. Now, it’s a stroll in the park. The decision to stop at 10 was made infinitely easier by the fact that our motel for the next couple nights is at mile marker 30, so for the first time since starting, I ended a day by walking right up to our room. This also means that tomorrow morning, Lucy won’t have to drive me to my starting point. I can just walk out the door and be on my way.
As it stands now, I have 30 miles to go and 3 days to do it. My current plan is to walk 15 miles tomorrow, 10 miles on Friday, and have a leisurely 5 mile walk through Key West itself on Saturday morning, ending at mile marker 0.
And even though I didn’t walk so far today, I did see some very pretty sights. On with the pictures!
Pretty soon after starting, I spotted some people walking around on the rocks at low tide, obviously looking at something, so I decided to join them. They were looking for shells in the tidal pools and I wandered around this area for quite a while. 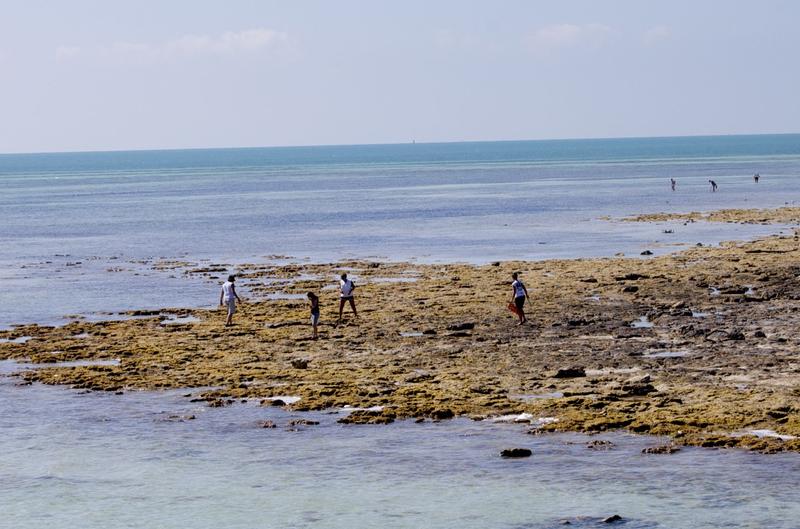 I spotted this lonely guy in one of the pools. I’d guess it’s some sort of sea slug. Pretty and disgusting at the same time, it was interesting the way it opened and closed the flaps on its back. 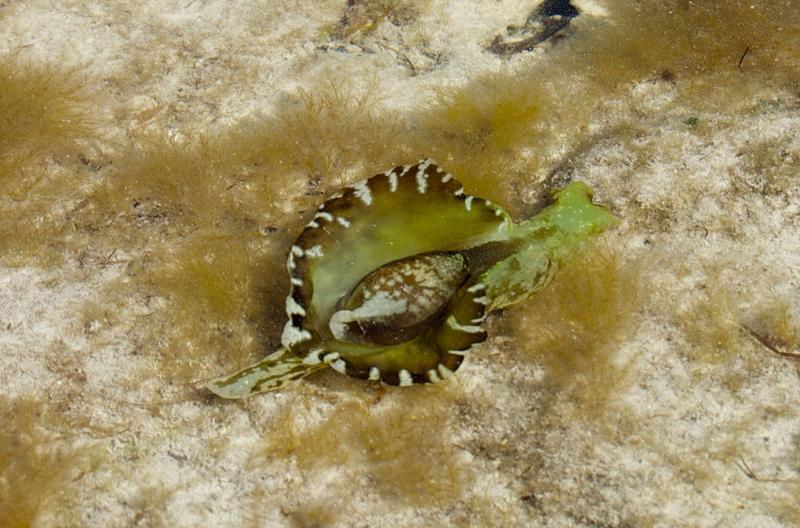 These tidal pools seem to have an ecology of their own, with lots of small creatures left behind to wait for the water to return. I mostly concentrated on watching my step, knowing that a fall could ruin my day. 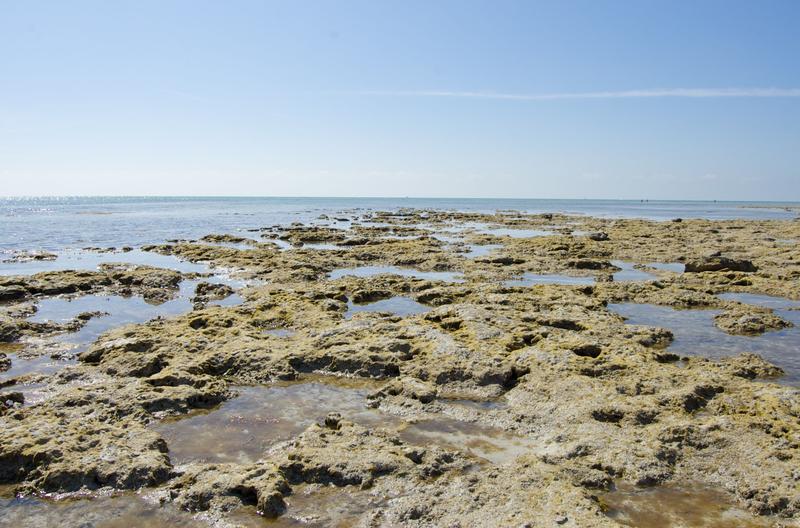 On the branches of the driftwood trees I saw bunches of odd bowl shaped  things that I think are probably sponges either washed up by the tide or pulled in by fisherman. Someone has been busy putting them up there. 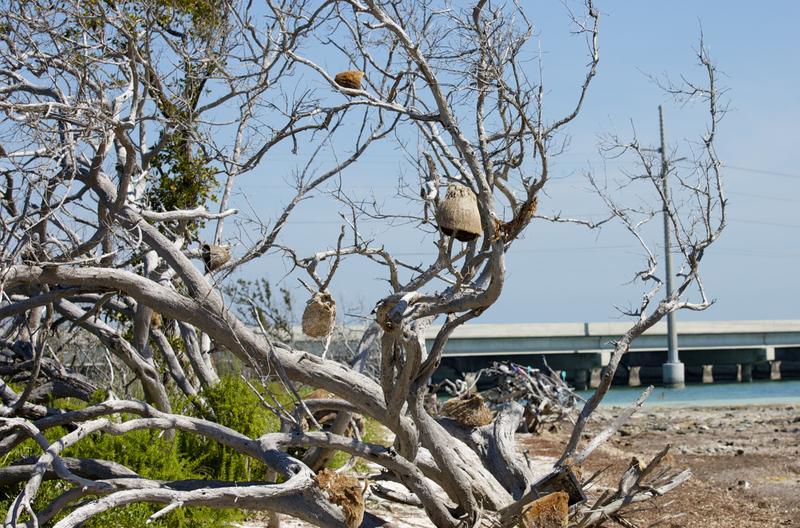 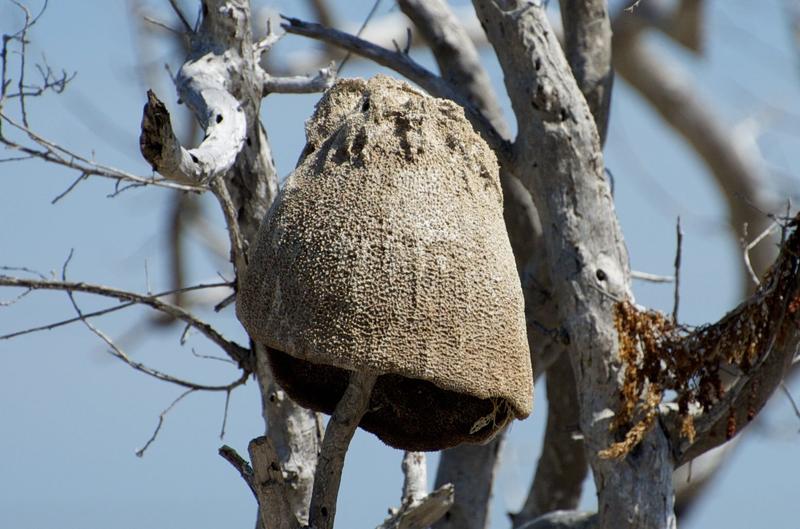 A definitely amusing sight, someone collected all the found footwear and placed them on the branches of this dead tree. The sign in the middle reads “Lost Soles.” 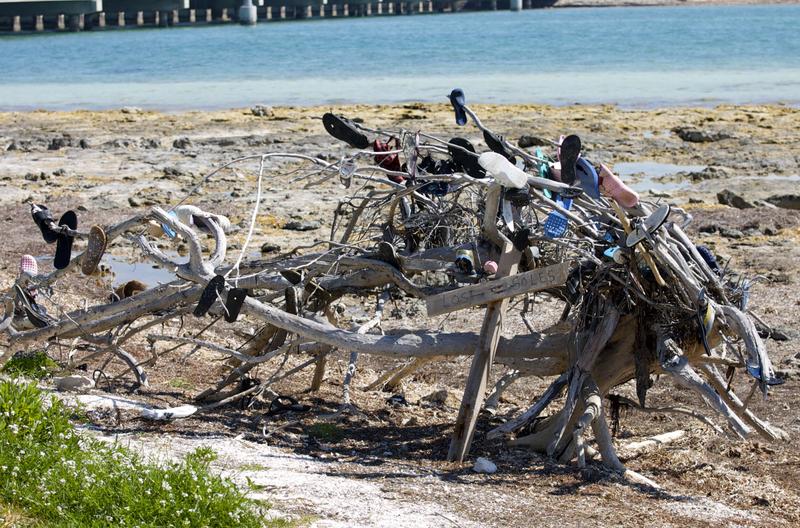 My walk today took me over several bridges, none of which had a pedestrian bridge like a couple days ago. Still, I’m more comfortable on the bridges now and stopped to take some pics. What I really want to see is a manatee, but no luck so far. 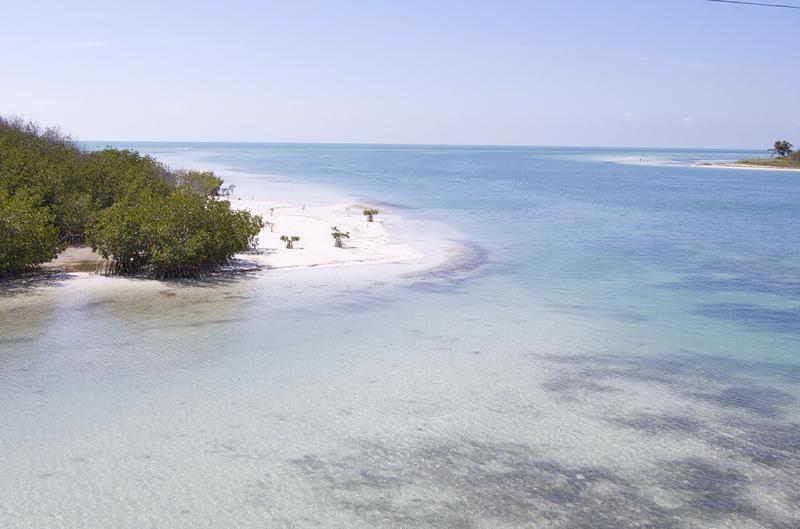 This old bridge is something I’ve seen every time we drove down. It was originally a railroad bridge and when it was converted to automobile traffic, they laid a roadbed on the top of the old rail structure. It’s in an advanced state of decay now. 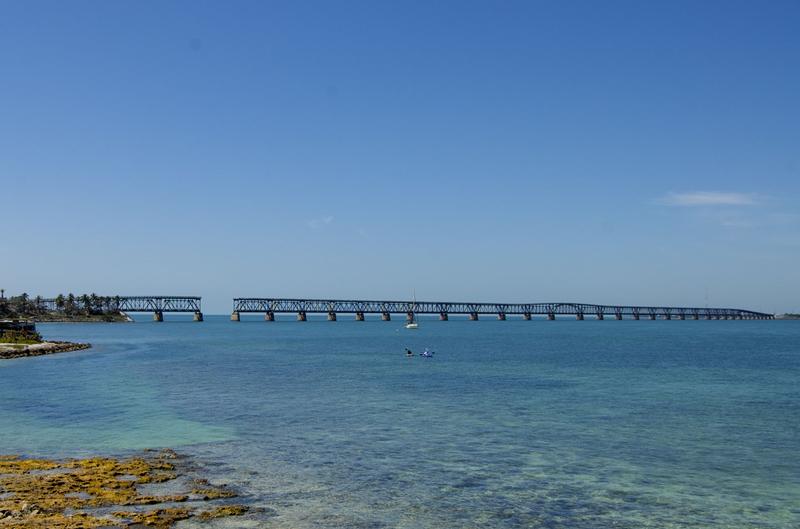 What I’d never seen before was just how decayed it really was. You don’t get this view when you’re driving by. 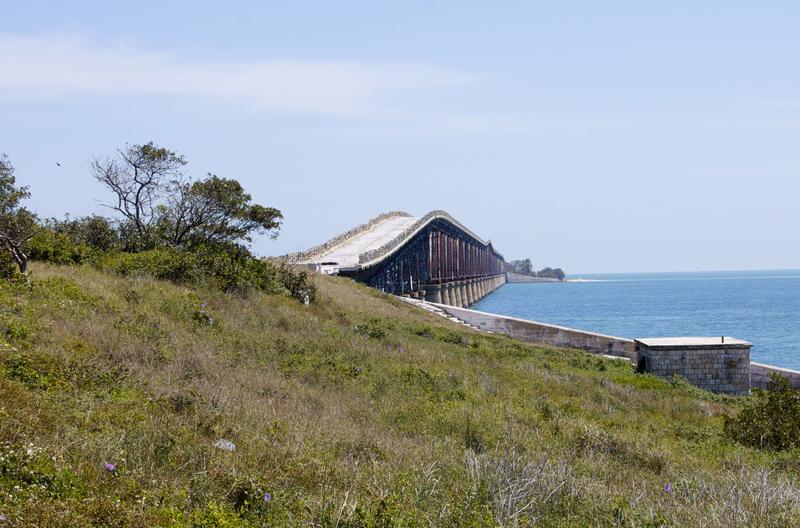 Or this one. It looks to be one strong hurricane from falling into the ocean. I’ll bet that was scary to drive over even when it was in good shape. 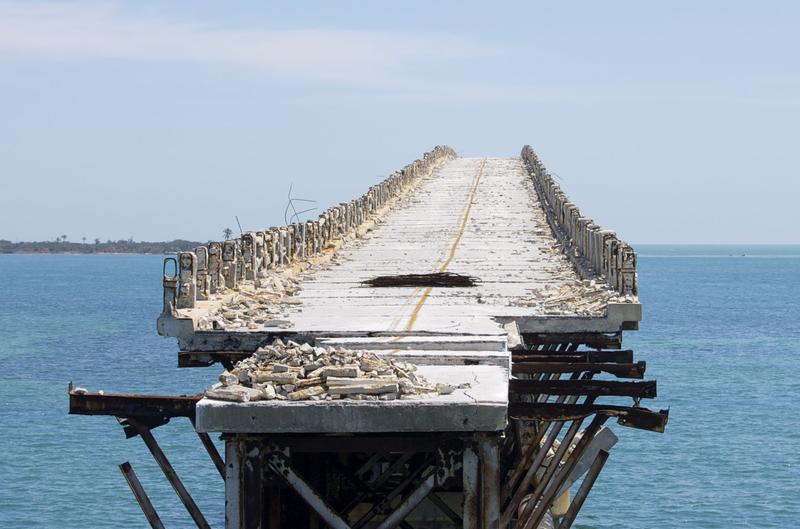 And that’s it for today. I’ll leave you with a view of Bahia Honda State Park.  I don’t know what tomorrow will bring, but I’m ready for it! 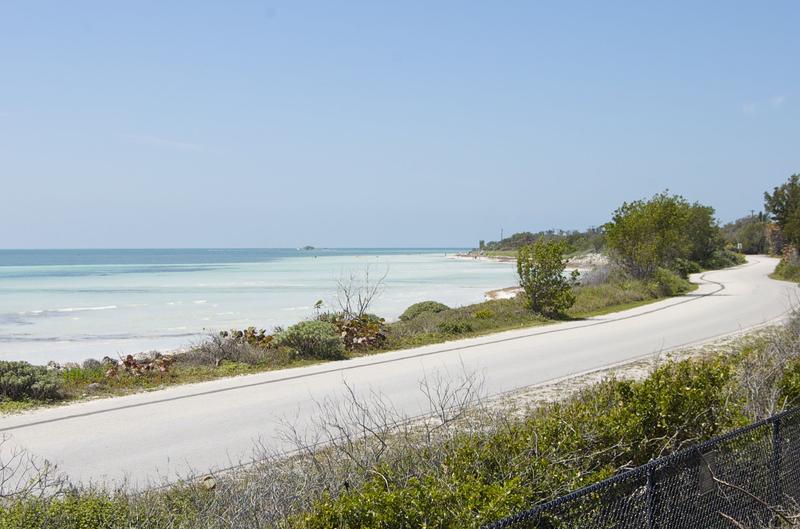